The great wealth transfer is coming, putting advisers at risk

A week after the husband of a couple she'd worked with for 10 years dropped dead of a heart attack, Ms. DeRose received an order to transfer the couple's $6 million portfolio into a self-directed account at Charles Schwab & Co. Inc.

That's when Ms. DeRose realized she had overlooked the obvious: the couple's son.

"I felt bad," she said. "I felt like all of the planning we had done really didn't matter." 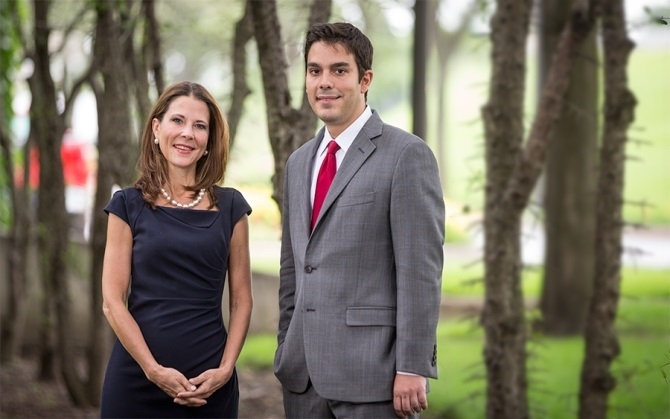 Some of that planning even took the form of "family meetings," which included the couple and their two daughters, Ms. DeRose said.

"All of the sudden, the son shows up with lots of questions," she said. "We had built a trusted relationship and all of a sudden it had come undone."

Unfortunately, Ms. DeRose's experience with the transfer of assets from one generation to the next is all too common.

Over the next 30 years, an epic $30 trillion will be passed down from baby boomers to Generation X to millennials. In that enormous transfer of wealth, many investment advisers will see their hard-earned asset base evaporate — and the value of their firms plummet — because they don't know how to connect with their clients' children. The problem is especially difficult for the many advisers ill-equipped to connect with clients who are technology savvy and expect a very different service experience than their parents did.

"The largest wealth transfer ever is coming and financial advisers are looking down the barrel of not being used by the heirs of the vast majority of their current clients," said Vic Preisser, founding director of the Institute for Preparing Heirs, a consultancy that works with advisers on wealth transfer issues.

A hit to the business

The simple, undeniable truth is this: Sixty-six percent of children fire their parents' financial adviser after they inherit their parents' wealth, according to an InvestmentNews survey of 544 advisers in April.

Advisers unable to prove they are effective at establishing relationships with clients' children and serving the next generation also will discover their businesses are worth less to potential buyers, experts said.

"Advisers are woefully behind in getting to know their clients' adult children," said Bernie Clark, head of Schwab Advisor Services. "The tricky part is that boomers still have to be served, so I think advisers will have to go through a period with multiple models to make sure they are serving all clients."

At the same time, the giant wealth transfer on the horizon could be an opportunity for advisers who have a plan to draw in the children of their best clients and become the trusted family adviser.

Training the next generation

With proper guidance, advisers might even train heirs to be better stewards of their family's wealth than past generations — a bar that wouldn't be that tough to raise, given 70% of family money disappears by the end of the second generation, and 90% is gone by the end of the third, according to oft-cited research of 3,250 families conducted in 2003 by Mr. Preisser and Roy Williams, an independent wealth transfer consultant who helps advisers.

"Bringing up wealth transfer with clients shows them you care about the future success of their children; it can be a huge differentiator," said Diane Doolin, an adviser with Morgan Stanley Wealth Management. "It's not just about advisers losing assets when the clients die, it's about taking the current relationships to a deeper level."

In most cases, however, advisers aren't even trying to make inroads with clients' children.

Only 20% of advisers are targeting younger family members of their clients, according to a survey in February by Corporate Insight.

Many advisers said they don't know how to appeal to clients' kids, or they believe that connection is not worth the effort.

For some, it's too much work to invest time developing relationships with a client's family, given how diluted assets can become as they are passed from one generation to the next, said Silviya Simeonova, an analyst at Corporate Insight. Advisers who have their own retirement in sight and aren't planning a second evolution of their firm are especially reluctant to invest the time.

Mr. Altorfer doesn't foresee selling his advisory firm, having found it too difficult to find a successor.

But advisers who are dedicated to building their firms and creating sustainable businesses will need to start imagining what their balance sheets would look like if 66% of their best clients departed.

Often, heirs bring the assets to an adviser they already work with or choose to manage the money themselves. Sometimes the inheritance is split among so many parties there's not much left to manage. And in other cases, heirs just spend the assets too quickly.

Mike Johnson, a principal with Moneta Group, got a call from one of his client's children the same week the client died to ask how soon he could have his mother's money.

"He said he was building a pool and the contractor wanted to be paid," Mr. Johnson said.

Some children aren't used to paying for financial advice and don't see the wisdom in doing so, even after they are suddenly awash in wealth.

"I see 60-year-old children, who have created little of their own wealth, leave and take the assets because they don't want to pay us to manage the money," said Sybil Praski, an adviser with Prosperion Financial Advisors. "I have worked with clients for 25 years sometimes and all of a sudden their wealth was gone."

From the child's perspective, if they do want the advice but have no relationship with their parents' adviser or one of their own, they will likely seek a financial professional who is closer to their own age or one who appeals to their own interests or needs. Why would they remain with an adviser who's destined to retire before they do?

For Anne, who asked that her last name not be included, the responsibility of overseeing the multimillion-dollar estate her father left her three years ago when he died was overwhelming.

She transferred her inheritance away from the two brokers who had handled the money for her father at a large firm because she didn't feel she was getting enough direction.

Anne brought the assets to Family Wealth Planning Group because Tom La Macchio and his partners seemed to better understand what she needed, which was everything from hand-holding to creating a trust for her son.

"I had big decisions in front of me and I didn't know how to deal with it," said Anne, 58. "With their guidance, I could start seeing pathways and a vision of how to do this."

The lack of a relationship, like in the case of Anne and her father's financial professionals, is the No. 1 reason advisers lose assets when clients leave their wealth to their children, according to the InvestmentNews survey of advisers.

The absence of a relationship between advisers and clients' children also affects how much buyers may be willing to offer for an advisory firm, even before the money changes hands between generations.

When calculating an advisory firm's value, experts factor in the age of its clients and discount businesses whose clients are predominantly in their 70s and above, said John Furey, owner of consulting firm Advisor Growth Strategies.

Firm valuations will be higher if the adviser can show the business has a relationship with the children of their older clients, such as the younger generation having accounts with the adviser, he said. Experts also look at the adviser's track record of retaining assets after clients die.

"There can be a precipitous drop in revenue if suddenly clients are 72 and advisers aren't doing a good job retaining the assets or bringing in new clients," said Tom Nally, president of TD Ameritrade Institutional. "Advisers have to start preparing for these huge shifts of wealth if they want to be able to capitalize on the opportunity."

TD Ameritrade and many of the nation's largest custodians and brokerages recognize the impact the coming transfer of wealth could have on their own firms. They offer programs to help advisers develop skills to embrace multigenerational clients and create teams that can better serve diverse investors.

Fidelity Investments is one of several large firms that have employed the Institute for Preparing Heirs to train advisers on how to reach out to a client's family members and establish trusting relationships. And timing is everything.

"If you wait until an event-driven crisis to engage with surviving children, it's likely too late," said David Canter, executive vice president of practice management and consulting at Fidelity's clearing and custody business.

Not everyone agrees that formal initiatives targeting the next generation are effective.

Richard Hough, chief executive of Silvercrest Asset Management Group, said the education and other programs offered by some wirehouses and banks are more "marketing and window dressing" than something real.

"Clients are going to set the tone for how and in what way you're going to be allowed to work with their children," he said.

Silvercrest, which manages $18 billion in assets, retains generations of clients with its intense focus on client service, Mr. Hough said. The firm's advisers assist clients with major events in the children's lives, such as buying a first house or advising on a trust for a child.

"You end up working with the next generation and hopefully you're remembered for playing a big role in those important events in their lives," he said.

Paul Reilly, chief executive of Raymond James Financial, puts it this way: Advisers should be thinking in terms of serving families from the beginning, not just couples or individuals.

"Advisers have to make kids, the inheritors, part of the trusted relationship," he said. "The best advisers are family advisers."

Thinking about the family as the "client" isn't new for the firm. When Bob James started Raymond James he would not accept a client whose spouse and children didn't attend meetings once a year, Mr. Reilly said.

"He might have been ahead of his time 50 years ago, but the advice should be that if advisers aren't going to follow the funds or bring people into their teams who work with their clients' kids, they're going to have a generational business and the assets are going to go somewhere else," Mr. Reilly said.

If advisers do decide it's worth reaching out to the next generation, they should do so early because it takes years to establish a relationship.

For example, advisers should help grandparents set up 529 college savings plans, make sure there is enough life insurance to protect the children, create lifetime gifting plans "and find any other way to get an introduction to the children," said William Morgan, president of Herbein Wealth Management.

His firm's fee structure supports its multigenerational goal. Everyone within a family pays the same rate at Herbein Wealth Management. If grandparents have an investment account, their children and grandchildren can open accounts with the firm and be charged the same rate — likely much lower than they'd get elsewhere if their asset base is nominal.

"We're not batting 1,000, but last year we had three deaths of significant clients for our firm and we retained every one of those," Mr. Morgan said.

Today Ms. DeRose is among the advisers who actively work to stem the flow of assets as wealth is ceded to children. First and foremost, she reaches out to clients' children before they seek out their own adviser.

Even more important, Ms. DeRose brought her son, who is 32, into DeRose Financial Planning Group. Now clients' children have an associate at the firm who is their peer and relates well with them.

"It also shows we're doing our own intergenerational planning," she said.